Must register at  Front Street  Pavilion in Sulligent

To Obtain House Pass and Directions

Two Hours of The Way It Was

This house was built for Mr. James Moore and was finished in 1834. Jesse Little Taylor, a carpenter, who later became a doctor worked on the house. Mr. Taylor wrote his name on a brick in the fireplace of the chimney upstairs, which can still be seen.

James Moore was a veteran of Andrew Jackson’s army. This house was owned by the Hill Family for 114 years (since 1881). Mrs. Darnell Hill sold the house in 1995 to Lt. Col. and Mrs. Dean Wilson. 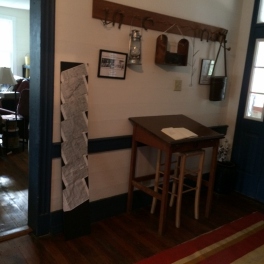 Tax records in Lamar County Courthouse list the house as built in 1844. John Hamilton, father of Captain A. J. Hamilton who gave the land for the city of Hamilton, Alabama, was the owner and builder.  It was originally a four room, two story, log house with a hall in the center.  Kent and Nancy Napper purchased the house in 2015. Kent, having a love of old log houses, naturally began restoration. 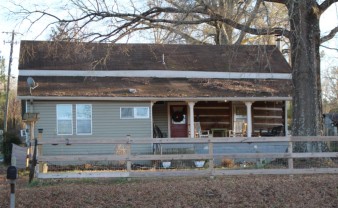 Clearman House, owned by Jerry and Elizabeth Mays, located in the Wofford Community near Vernon, Alabama, built about 1872, is listed on the Alabama Register of Landmarks and Heritage.